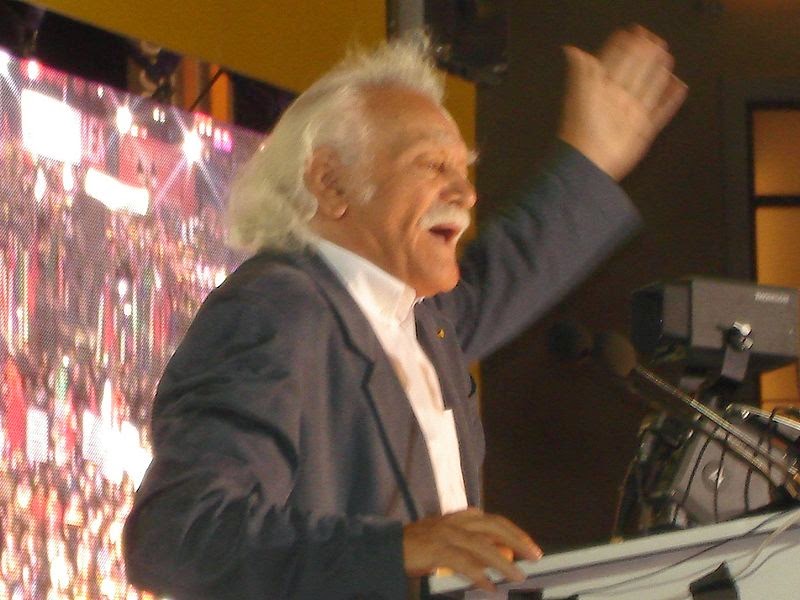 Q: Dear Glezos, Athens is in turmoil after the murder by immigrants of Manolis Kantaris. The Left just as like in the pre-war era and the rise of fascism, doesn’t seem to be expressing the citizens with what it stands for and they are looking towards the Far Right. What is at fault?


Glezos: This is a big problem. The situation in many suburbs is unacceptable. The people cannot live by being confronted by all this wave which exploits immigrants. The mafias of immigrants, the low lifes made up of immigrants, I do not shirk from saying it, are creating problems for the citizens.

Who is at fault for this? Let us see the root of the evil. All the European governments are at fault, in particular those which had colonies in today's under development countries (Africa Asia) which ceased to be colonial but continue to exploit these countries and don’t allow them to develop. The cause are the ex-colonialists. The govt is also at fault as its subordinate to the demands of Dublin 2 and does not do what it must. They should get everyone ask them where are you from and if they answered for example from Algeria send him packing to France! Get France to pay for this cause. They should have provided them with the right documents and send them to the colonial countries. Thirdly why should only the citizens of Ag Panteleomonas and Kipseli pay for this (immigration influx translators edit) and not Psihiko and Filothei (rich suburbs translators edit)? Another issue. The govt uses the police as an organ of oppression of social struggles, instead of an organ for the suppression of criminality. If it acted out the latter we wouldn’t have so many crimes. They would be avoided.


Glezos: What  I say it doesn’t repeat! The Left takes uncritically the side of the immigrants without condemning the criminal mafias, who act amongst the immigrants and does not distinguish the issue. From there onwards is the ground on which fascism develops. I am questioning then. Where was the Left at fault to not be able to stop the rise of fascism in the pre-war era? The question is as valid today!